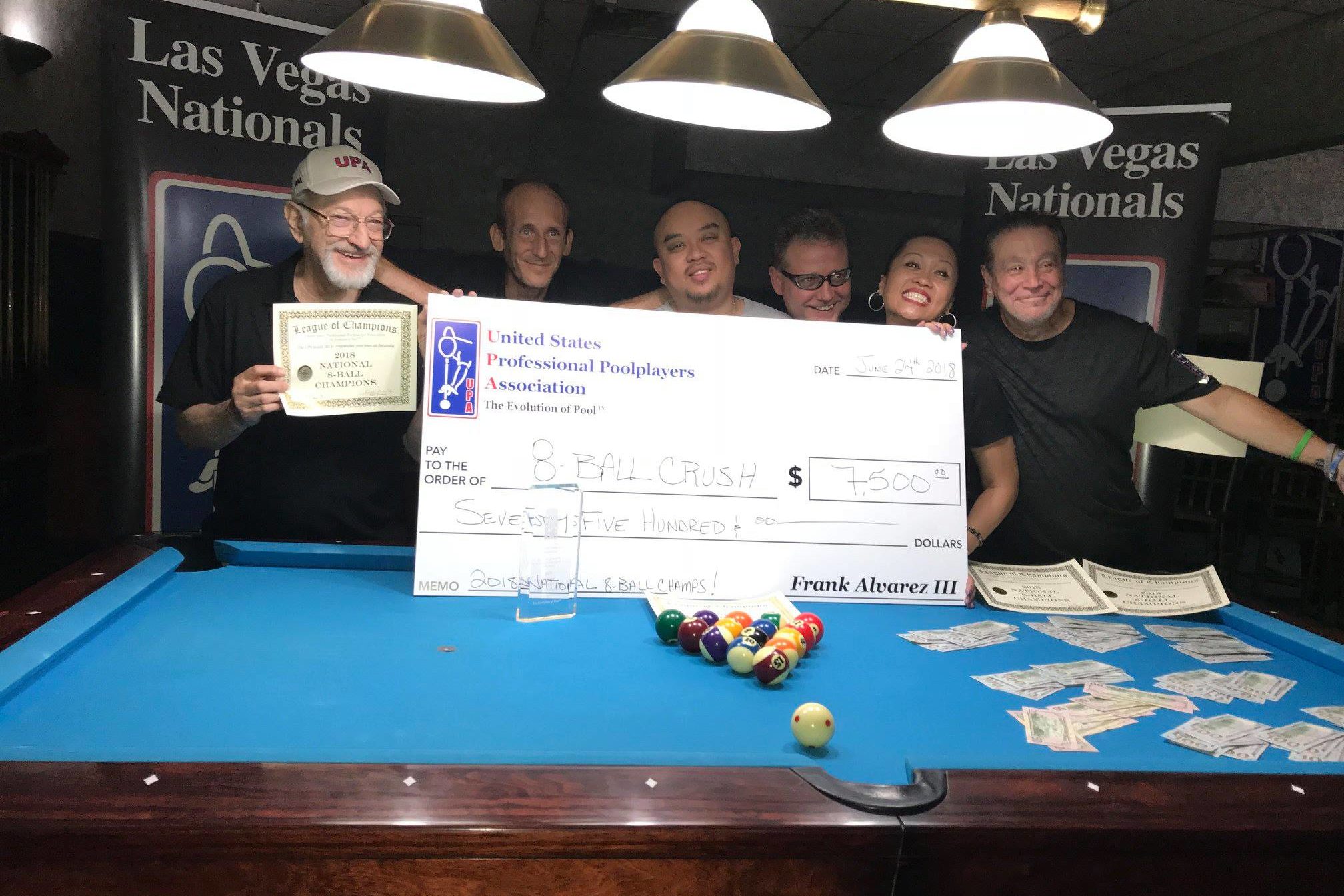 PHOENIX, AZ. – (February 18, 2011) The League of Champions has grown by 400% this past year and 2011 looks to be a very promising year for the premier UPA pool league making it the fastest growing league in the U.S. At this rate, the United States Professional Poolplayers Association expects to be in half the country by the end of 2011 as evidenced by the doubling of memberships in only 6 months. This is a very exciting time for the UPA as Executive Director, Darrin Brown, states, “The response from pool players has been incredible, to say the least. I think most of them have been looking for a league option with a more professional format that actually helps them to become better players.”

The UPA has welcomed the following states: Colorado, Illinois, Vermont, Missouri, Maryland, Nevada, Missouri, Texas, and Florida. These states have joined the UPA and have taken an active role in growing the UPA League of Champions. The following individuals have joined the ranks of the UPA as league operators: Cynthia Hurley, Bradley Marsh, Michael Lewis, Maria Crowley, James Hance, John Smith, Timothy Patrick, Fred Straps, Stephen Baker, Germaine Seufert, Timothy Patrick, Ryan Schmidt, and William H. Pelham II. The UPA welcomes them to the League of Champions and congratulate them on bringing the evolution of pool to their counties and divisions!

Additionally, the UPA now has access to a growing online community and is now available on popular social media outlets: Facebook, Twitter, and a UPA Blog. The UPA recognizes this as a valuable tool for growing their brand. The UPA has also implemented new membership cards, and has implemented great giveaways via social media outlets. All you have to do is like the UPA on Facebook, follow the UPA on Twitter, or vote on the UPA Blog. UPA President, Frank Alvarez, commented on the key to the UPA’s success by saying “We attribute our success to the quality of our program and our staff’s continued efforts to bringing the best service to our league operators and members.”

The UPA has the support from prestigious names in the pocket billiards world and gives special thanks to continuous league sponsors: Poison Cues, Instroke Cases, and Inside Pool.

If you would like to learn more about the UPA organization as a whole or are interested in more information about becoming a League Operator visit our website: www.upatour.com. To contact us directly with questions, please call (877) 788-7227 or email playupa@upatour.com.